“Let us, who are able to reap benefits due to those who in earlier years laboured to found our institutions and foster their growth, not be slow to recognise our responsibilities to the present generation.”

Following WWII, student members of both the Institution of Naval Architects (I.N.A) and the Institute of Marine Engineers (I.MAR.E) in the Southampton and Portsmouth area formed a group for discussion, visits and social activities. This group was run by the students themselves with the support of the Institutions and the inaugural meeting was held on 19th January 1946.

Following the inaugural general meeting, a constitution was drawn up and it was decided that the membership would include Associate-Members and Student Members of both Institutions under the age of 30. It was also decided that the President and Vice-Presidents would be drawn from Senior Members of the Institutions. Sir John E. Thornycroft was nominated to serve as the first President of the Joint Junior Branch with the Vice-Presidents being Mr K.C. Barnaby and Mr R. W. L. Gawn (from I.N.E) and Eng.-Comdr W. A. Graham R.N.R (from I.MAR.E).

The Joint Junior Branch’s first technical lecture was held on 1st March 1947 at the University College, Southampton and was attended by around 60 members. The lecture was given by Mr R. W. L. Gawn, Superintendent at Haslar and was on the topic of “Model Experiments and their Relation to Ship Design”.

By 1952, the Joint Junior Branch had become the Southern Junior Branch and was under the leadership of Dr. S. F. Dorey (who was elected President in 1948). The Councils of the two parent Institutions had decided that in areas where there was a sufficient number of Members to support local activities, that Joint Branches should be formed. The seven year’s successful running of the Southern Junior Branch encouraged the parent bodies to form a branch for all grades of membership. The inaugural meeting of the Southern Joint Branch was held in Southampton on 30th March 1953 and the inaugural annual dinner was held on the 2nd October. 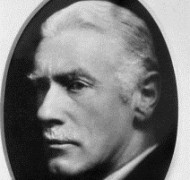 The first President of the Joint Junior Branch was Sir John Edward Thornycroft KBE (1872-1960). Thornycroft was the eldest son of Sir John Isaac Thornycroft, the founder of the Thornycroft ship-building company. He became managing director of the company in 1901 and worked on the design and construction of vessels for the Royal Navy during WW1. For this service, he was appointed a Knight Commander of the Order of the British Empire in 1918. 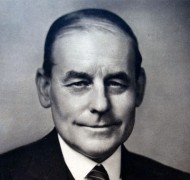 Stanley Fabes Dorey (1891 – 1972) served as President of the Southern Junior Branch from 1948 until 1954. He was educated at Owen’s School, London and served an apprenticeship at the Royal Dockyard, Chatham. He obtained a degree in Marine Engineering from Durham University in 1914 and went onto to serve as an Engineer Lieutenant in the Royal Navy during WW1. In 1919 he was appointed an Engineer and Ship Surveyor to Lloyd’s Register of Shipping and, after service at a number of ports, he was appointed to the Chief Engineer Surveyor’s Staff in 1924. In 1932 he was appointed Chief Engineer Surveyor. Dr Dorey was a Member of several Institutions including the Institution of Marine Engineers (President), Institution of Mechanical Engineers (where he was a President), the Institution of Naval Architects (where he was a Vice-President and Chairman of Council), the Institute of Metals (Vice-President) and the Institute of Welding (also Vice President). His vast contribution to Marine Technology was recognised in 1948 when he became Fellow of the Royal Society. In addition to his particular interests in all facets of marine machinery his wide experience was sought in many technical problems such as the development of inspection systems in oil refineries, the cooling of armoured tanks in North Africa, and the prevention and control of fires, particularly in the marine environment.

Courtesy of The Royal Institution of Naval Architects

Courtesy of The Institution of Marine Engineering, Science & Technology